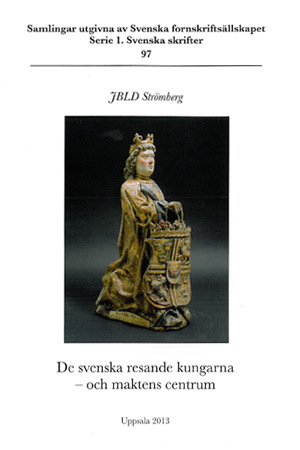 In medieval western Europe, no capital cities existed. The rulers and their court were constantly travelling from place to place. In this book, the Swedish ‘travelling kingdom’ has been extensively studied. Everything known from the source material about day-by-day migrations of the royal court during four centuries (1200s- 1500s) can be easily surveyed here. The life-conditions of the itinerant kings are described. Travel patterns have been reconstructed. Attempts are made of establishing where ‘centre’ and ‘periphery’ were geographically located – and to what extent these concepts were relevant – in an age when power was still based mainly on oral and personal communication between the monarch and local communities, not on written correspondence. (Knowledge of this is important to historians because core regions and outback territories generally behaved in different ways vis-à-vis the sovereign, and were likewise treated differently by him.) Since the studied period was also the time when ‘bureaucratic’ tendencies started to gradually evolve in the royal administration, much attention is devoted to the changes which occurred. (E.g. how the incipient need for records management and archives affected the rulers’ traditional ambulating life-style.) Sweden was sometimes an autonomous ‘national’ kingdom and during other periods part of a larger, all- Scandinavian state; the influence of these general political changes on the rulers’ choices of residence is studied and analyzed. Conclusions about royal whereabouts are based mainly on information in royal letters and charters about where these were issued, but the validity of the results is checked through extensive comparisons with other source material. Comparisons have been made between the Swedish kingdom and conditions abroad.

An overall picture emerging from this research is that royal power in medieval Sweden was always based in the region where the capital city Stockholm is now located. Some scholars have maintained that certain south-western parts of the kingdom have once been a political ‘core area’. These theories cannot however be supported by any conclusive evidence in the primary sources, and should thus be abandoned.